Rosaria Fiorentino is an Italian lady who has been into bikes her whole life and in the past few years she has launched a few initiatives to attract and involve more Italian women into motorcycles.

We met her at the last Distinguished Gentleman’s Ride in Rome and soon after had a chance to interview her.

Here’s what we learned.

The Passion for Motorcycles

I am 56 and I got into bikes very early since I grew up in a family of mostly men and they were all riders, including 3 brothers, one of them a dirt bike rider.

Basically, I always had a bike at home, even though most of them were rather small bikes.

In 2009 I bought a Triumph Bonneville and from then, my biker life became more serious.

I was living in Rome and started to hang around with the Triumph owners club (RAT) which eventually evolved into a larger group called Moto Club 59.

With the Triumph modified in Cafe Racers, the style of this type of bike was close to what UK clubs used to ride with in the 50s. From there the name Moto Club 59 (founded in 1959).

I was the only woman on the board of this MC which was mainly formed by men.

From there I started to join events around Europe such as the 101 in Glemseck, Stuttgart, Neukirchen, Wheels & Waves in Biarritz, etc. and since in the group there were only men, I started to look for other women interested in riding.

In fact, I have learned about motorcycles that I have never heard of before. Big Japanese bikes, adventure bikes, and so on.

As I was discovering more, I was also wondering how I could name a group of women riders once put together with a few members, and since modified motorcycles were special, it naturally became “Donne Special” (Women on Special Bikes).

That’s also when I started to organize a recurring yearly event with riding lessons, mechanic workshops, games, and many other initiatives to attract more women into motorcycles: the Babes Great Escape.

This year we had the 5th BGE.

After buying my bike back in 2009, I wanted to do some customization work and to repaint my Triumph with the same military green of old jeeps that my dad used to own.

Eventually In 2011 I met one of the best customizers in Italy: Dino Romano.

His iconic work at the time was a military green Triumph Bonneville inspired by Steve McQueens “The Great Escape”.

“Fun fact: in the same year I was chosen to be the cover girl for a magazine named Special Café.”

So when the time came to name the event, keeping in consideration that for many women it was challenging to expose themselves to motorcycle clubs or associations, since there were mostly men in these, I came up with the name “Babes Great Escape”.

At the first BGE there were about 50 participants from all over Italy. Everyone had different bikes: BMW, Harley, Triumph, and many others.

After 5 years the group has become more and more solid with members of all ages. Throughout the year we arrange different rides out though the main event is still BGE, which has become a 3/4 day escape for these Women on Special Bikes.

In 2019, took place a global rally organized by WRWR (Women Riders World Relay). WRWR was launched by Hayley Bell, with the intent of raising awareness of the presence of women riders.

We participated in 13, representing Italy. Starting from the French border and ending in Slovenia.

At the end of the rally, representatives from all over the world joined a final event in London.

After this event I learned that most of the women were part of a global association: WIMA (Women’s International Motorcycle Association).

I realized after a while that many of my friends mentioned this association in the past but I never really had the chance to look into it.

I met the President of the time who was asking about the Italian representation organizer of the relay and proposed that I open the Italian division for WIMA since there wasn’t one. They did try in the ‘90s but it didn’t work out.

This association was born in 1952, with 70 years of history, and I was a bit frightened to take over this role. At the event there were riders on their 70/80, who have been in the association forever.

I was afraid that it was a role bigger than me and in the end, I said I would think about it and returned home.

Then the global pandemic started and after a few months I was asked to send a short bio of myself. Unknowingly I became a candidate and eventually was elected as the National President for WIMA Italy.

At this point I reached out to my friends from the Donne Special group and started to figure out how to create the organization. There were some costs involved as well and all the girls anticipated their membership fees to set up everything legally.

Within the first 12 months we reached 118 registered members.

From then we have been busy being active at national level, organizing rallies and tours, mainly to raise awareness on important topics such as violence on women.

The Distinguished Gentleman’s Ride in Rome

The DGR is something I do on my own without any connection to the various groups and associations that I am involved in.

I have been joining the DGR from the very first event although I wasn’t the organizer. I was invited and at the time there was another organizer but from 2016 I took over since he was no longer able to.

Being a charity event it eventually grew on its own. In the first year there were only 21 riders. In 2018 we had over 3000 riders of which around 900 officially registered. This year we had 897 registrations yet over 1700 riders.

The DGR was a bit of a bet. I wasn’t sure of what would have been the outcome but so far it has been great.

My dream now is to launch similar initiatives also to raise awareness for topics that are dedicated to women, such as breast cancer.

Being already involved in these many initiatives somehow I already feel like I am doing my part. In fact we collect funds everytime we meet and want to finance every year a different help center for women.

In 2018 and in 2019, I went to Boneville’s Salt Lake in Utah, with my life partner Dino Romano and our Open Eyes Dream team. We took a customized LPG fueled bike built by Dino and attempted to break the record of 400 Km/hr.

We have also been on an episode of Guzzi sponsored tv show “Lord of the Bikes”.

If you are interested in knowing more about Rosaria and her initiatives here are the links: 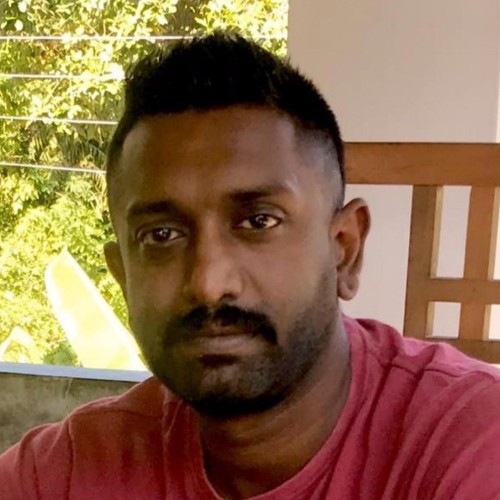